HQ Cabling Services provide all network systems with the stability they need, connecting WIRELESS, NETWORK, VOIP & SECURITY systems with the leading industry manufacturers cabling products. With IP based devices increasing year on year a well-designed, future-proof solution is imperative to any installation.

All businesses no matter what their size or what industry they are in requires network cable installation service at one time or another. Key to success, it’s imperative to use a reliable network cabling engineer in the modern-day so that no businesses are behind with telecommunication or technology.

We often find our customers have questions on our cable installation services, therefore we have tried to cover the most common questions and topics here.

Knowing where to start when looking at network cabling solutions can be a daunghting task. Here at HQ Cabling Services we have put to get some detailed answers on common questions and topics that our customers often need help with.

There are a variety of types of network cables available on the market, including Cat5e, Cat6 and Cat7 which vary in characteristics and frequency. Although businesses can use a combination of the three (as well as older models such as the Cat3), the most common type now used by many is Cat5e.

Known as an Ethernet cable, the Cat5e network cable is an upgraded version of the Cat5 and was initially released in 1999. Designed to keep up with the ever-evolving advances in technology, it’s twisted pair cabling that’s very cost-effective – allowing businesses to easily budget for office data cabling.

With an increased bandwidth of 100 megahertz, the ability to prevent any operational issues that occur due to an update and an improved capacity to carry signals across a building, it’s a reliable solution. Carrying the signals up to 100 metres at a rapid speed of 1 gigabyte, it can support networks that are running between 10 Mbps and 100 Mbps.

A Cat5e also offers improved protection against any crosstalk interference. This means that not only is the speed enhanced but there is a high-quality network performance. With tightly twisted wire pairs which are protected by heavy-duty shielding, Cat5e network cables are extremely durable and built to last.

Within network cabling, there are four main standards bodies. These are directly responsible for developing protocols within the industry.

Specifying the different performance levels that are required by the various components (including the cables, installation and connectors), these recognised standards ensure that each system performs to their required level. This not only allows customers to compare the various products available, but the peace of mind that the systems have been tested and are of a high-quality.

The four main standards bodies for those wanting to understand the basics of network cabling are:

Although the British Standards Institute endorses CENELEC (European Committee for Electrotechnical Standardisation) standards, they also produce their own national standards, including BS 6701-2010 and BS 7671:2008 + A3:2015.

For cables, the BSI also introduced Kitemarks for Cables which is an electrical testing and certification scheme. The standards for these are:

The ISO has produced the ISO 11801 standards which are required for both fibre optic cabling and copper cabling. A strict requirement, they are vital for businesses and commercial premises.

A direct equivalent to the ISO 11801 standards, CENELEC has a series of standards known as the EN50173. European standards that apply for electrical engineering, it’s something all network cabling services should be aware of.

Although this is not necessarily used in the UK, it’s still one of the core electrical standards that all network cable engineers should know. The series of standards within this is the ANSI/TIA-568-D that are designed for telecommunications infrastructure.

So how do businesses choose the best network cabling for their requirements? Although a cabling engineer can recommend the various specifications, for those wanting to know the network cabling basics, here are some of the key codes and their applications:

BS 6701-2010 – This applies to telecommunications cabling and equipment. There are specifications within this standard for network cabling installation, operation and maintenance.

EN 50173 – typically used in generic cabling systems, such as within information technology.

When looking at the various types of cabling, businesses need to weigh up the level of performance that they want to achieve from the system, what devices it needs to support (e.g. if it’s handling WiFi, the phone system, etc. a business will require a powerful Cat5e or above cabling system) and how it will complement your business.

For example, a manufacturing business might require an industrial-grade cabling system that will be durable and reliable within the environment.

It’s also worth discovering the difference between copper and fibre cables. Many businesses favour fibre-optic cables as they can run for further distances and are protected from electrical interference.

When installing a network cable system, there can be several infrastructure constraints that make the network cable installation difficult from the beginning. That’s why it’s vital to carefully plan the design of the installation from start to finish.

It’s so much more than simply pulling cable through a ceiling – it’s a complex task that involves integrating various cabling types, future capacity requirements and determining the best type of system depending on the architecture of the building. Which is why a thorough site survey is carried out before a system is recommended for a business.

One of the main constraints that comes with cable installation is the restrictions that revolve around cabling activities. For example, it’s a little-known rule that network cables can’t be installed too close to other electrical lines or on top of fluorescent lights. There are, of course, documents and codes that help to dictate the placement of cabling systems so that they align with local law requirements.

Similarly, if a cabling system needs to be installed so that it can work over numerous floors. To overcome this and ensure that there is optimal performance, a network cabling engineer can suggest the most appropriate and aesthetically-pleasing solution.

When looking at structured cabling systems, it’s important to recognise that they are all unique.

However, structured cabling typically has the following components:

Within the entrance facility, there are specific cabling components which are required to provide a way of connecting the exterior facilities to the cabling.

This will include the likes of service entrance pathways, circuit protection devices, transition hardware and associated cables. The location of the entrance facility wholly depends on the type of building, the route of the cabling and the aesthetic appearance of the structured cabling.

What is a structured cabling system?

A structured cabling system is a system that has a series of cabling and associated hardware, which provides a business or a residential property with a comprehensive and reliable telecommunications infrastructure. Serving a wide range of uses, including transmitting data within a computer network and providing a telephone service, there are numerous benefits as mentioned above.

A centralised system, everything is kept within one location to allow for optimal efficiency and convenience.

Why is structured cabling important?

Structured cabling is vital and used for a variety of purposes within a business. Especially important for smaller businesses that are hoping to expand in the future and maximise their operations, it’s simple to set up and to update over time as the business grows. Reducing overall infrastructure costs, the system will run at an optimal level at all times.

There are several key benefits of structured cabling that signifies its importance within a business. Firstly, when all of the cables are organised through a single location, it makes a workplace far more organised and safer for employees. This is particularly advantageous as it means that a business can move the structured cabling system with them if they change location.

Secondly, a structured cabling system can significantly reduce employee downtime within a business; when there is a fault, it will become clear straight-away as to what the issue is within the system, which can then be fixed asap by a network cabling engineer.

Network cabling installation is available to all businesses to help improve their IT infrastructure. Offering a high ROI potential, there’s no reason why businesses shouldn’t invest in structured network cabling services from the moment they set-up their operations.

What is a structured cabling technician?

A structured cabling technician will set up and maintain network cable infrastructure for businesses. Their main duties include (but are not limited to) the following:

An incredible specialised role, they must keep up to date with the latest standards within network cable installation and internet cabling installation and be aware of the best practices and techniques to use. Working with a business from the start, they will suggest the best network cabling services for a business’ unique requirements.

They can also recommend the most suitable type of network cabling for each client’s needs. Whether they require Cat5e cabling, Cat6 cabling or another type.

The importance of reliable cabling

A reliable cabling system is critical within any business or residential property. A huge percentage of network-related problems are down to low-quality cable components and cabling techniques. So to ensure that this doesn’t happen, it’s important that reliable cabling is installed.

The average life-span for cables is 16-20 years (depending on the type that’s installed), but they need to be installed correctly by network cable installation experts to last this long. Without this, they might not follow the necessary industry standards required by the law or can be installed in a poor design that causes havoc to everyday processes.

To prevent network issues from occurring and costly implications in the present and future, it’s important to discover reliable and trustworthy network cabling services that only offer credible assistance.

No businesses want delays within their operations, therefore, it’s a good idea to get reliable cabling installed from the get-go. A cost-effective and efficient solution, it will give businesses the reassurance that their networks will be up and running 24/7.

We will always offer a professional & friendly service

We deliver quality, efficiency & reliability on all projects

What Our clients say!

"HQ Cabling services Ltd installed a lot of cabling for us, always provide a great professional service so we will continue to use him in the future. Very happy to recommend them for all of their services."
Robert KnevittTechnical Director
GET IN TOUCH

At HQ Cabling Services we cover all areas across the UK.

Although we are Maidstone based and carry out most of our jobs in Kent, London and the surrounding areas, we also undertake jobs from all around the country!

If you have any questions, require a free no obligation quote please get in contact with us by either giving us a call or filling out on of our contact forms. 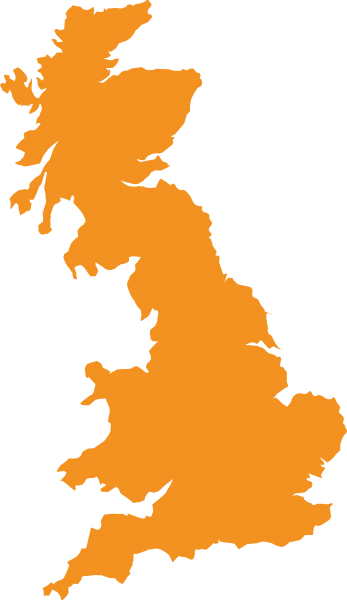 Facebook Linkedin
We use cookies to ensure that we give you the best experience on our website. If you continue to use this site we will assume that you are happy with it.Ok